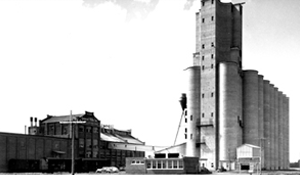 The D.R. Schaal Agency was established in Belmond, Iowa in 1946, by David R. Schaal. Mr. Schaal had worked in a family owned grain business during the 1930’s and 40’s while also serving as an accountant for the Des Moines Grain Exchange and for A.V. Tischer in Ft. Dodge, Iowa. It was during this period Davis Schaal was introduced to the grain inspection business.

The agency began operation after World War ll when an obsolete sugar beet plant was converted to a soybean crushing facility by General Mills, Inc. to process the newly popular yellow soybean. After D.R.’s retirement in 1985, the Agency continued under the direction of Lewis and Nancy Schaal. The designation expanded to include three counties in southern Minnesota. In 2008, the states of New York and New Jersey were added to the Schaal area and an office was opened in North Bergen, NJ. In October of 2018 the State of Georgia became part of D.R. Schaal Agency’s designation with an office in Pooler, Ga. providing service to the bustling Port of Savannah.